Seattle, WA – From Sonic Evolution to [untitled] to Music Beyond Borders to Octave 9 programs, the Seattle Symphony has upheld a tradition of bringing imaginative concert series to Benaroya Hall. That commitment is fortified in the face of the hit that all live performances have taken from COVID-19. With continued dedication to new programming, the Seattle Symphony is excited to present the addition of The Essential Series, a bold three-concert, cross-genre collaboration with local stars debuting this fall.

Inspired by the Symphony’s ongoing work to highlight the diverse voices in the Pacific Northwest, The Essential Series debuts with three concerts featuring Northwest-based musicians — Blues-inspired vocalist and guitarist Whitney Mongé, folk-pop, indie rock band Ivan & Alyosha and hip hop artist Grieves. With the orchestra on stage and Associate Conductor Lee Mills on the podium, this new series blends the richness of symphonic music with each artist’s original works to create an unexpected soundscape for audiences and was developed in close partnership with composer, violinist and arranger Andrew Joslyn.

“The Essential Series was born of the notion that music is a universal form of expression that is essential to our well-being, particularly now in the face of an ongoing pandemic,” shares Joslyn, who is both curator and arranger for the series. “Different genres of music can sometimes feel diametrically opposed to each other, but there is so much these worlds can share. Partnering with the Seattle Symphony and these amazing artists is a thrilling opportunity to break down genre barriers and explore a realignment of the music world.”

Vice President of Artist Planning Raff Wilson adds, “The Seattle Symphony’s core commitment to new programming has held constant against the challenges of COVID-19. We are so pleased to be working in close collaboration with Andrew Joslyn and local artists to present The Essential Series. Uniting our musicians with diverse voices from this region on the Benaroya Hall stage is a celebration of the breadth of the Seattle music scene.”

The Essential Series premieres on October 2 on Seattle Symphony Live, the Symphony’s recently launched streaming service. This inaugural concert in the series will feature Whitney Mongé, and audiences will be able to see a preview of The Essential Series when she makes her debut performance with the Symphony in its upcoming season opening concert on September 19. Hailed as “Seattle’s next big star” (The Seattle Times), Mongé is known for her warm, rich voice and deeply personal songwriting.

Tickets for the October 2 concert livestream with Whitney Mongé and the Seattle Symphony are $35 and can be purchased online at live.seattlesymphony.org; tickets for Ivan & Alyosha and Grieves will be on sale soon. 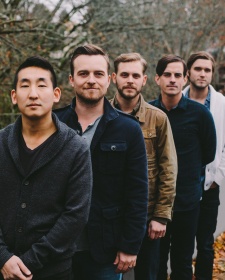 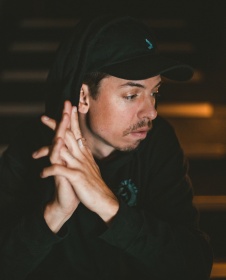 ANDREW JOSLYN COMPOSER & ARRANGER Andrew Joslyn, composer, orchestrator and violinist is an award-winning musical polymath whose passion for collaboration has led him to work with a remarkably diverse group of world-class artists, touring the world, performing, co-writing and arranging music on over 400 songs throughout his career. Along the way he has amassed an extensive list of writing, orchestrating, recording and touring credits that include: Macklemore, Kesha, Judy Collins, Leslie Odom Jr., Kygo, ODESZA, K Flay, Chase Rice, Tom Chaplin (Keane), Michael Bolton, Duff McKagan (Guns N Roses), The Seattle Symphony and many others. He currently runs his own production studio in Seattle, has scored several feature-length films, and writes music for artists, labels, podcasts, music licensing houses and commercials. He is also a national trustee for the PNW chapter of the Recording Academy (Grammys) and a local advocate for music and the arts in the Puget Sound region.

WHITNEY MONGÉ VOCALS & GUITAR Whitney Mongé learned to capture the power of authenticity while honing her skills as a street performer in Pike Place Market. With or without the elevation of a stage, each part of her performance, from the passion of her powerful, smokey voice to the intensity of her soulful guitar playing, draws listeners into an embrace within each truthful moment of song.

IVAN & ALYOSHA Seattle-based indie rock band Ivan & Alyosha, also known as I&A, is led by vocalist Tim Wilson, his songwriting partners Ryan Carbary (guitar) and Pete Wilson (bass), as well as guitarist Tim Kim and drummer Cole Mauro. Known for their sweet, Beatles-esque pop harmonies and jangly guitar licks, this five-piece group has toured with everyone from Aimee Mann, Needtobreathe and Brandi Carlile. Now, with a decade of touring and recording under their belts, Ivan & Alyosha continue to hone their creative voice, unafraid to let their sound evolve while staying true to their folk-pop roots.

GRIEVES HIP HOP ARTIST Benjamin Laub – better known as Grieves – is a Seattle-based hip-hop artist signed to Rhymesayers Entertainment. He emerged in 2007 with the independently released Irreversible, which led to touring with some of indie rap’s finest, including artists like Atmosphere, Macklemore, Cunninlynguists, Watsky, Chris Webby, P.O.S, and many more. He’s since followed with four more full-length studio albums: 88 Keys & Counting (2010); Together/Apart (2011) which landed at #1 on Billboard’s Heatseekers and #106 on their Top 200; Winter & the Wolves(2014) which peaked at #57 on Billboard’s Top 200; and his latest release, Running Wild (2017).

Between his rigorous touring, Grieves continues to consistently create and release new music. In the summer of 2019, Grieves released the newest addition to his arsenal, a brand new 8-track EP, The Collections of Mr. Nice Guy.

LEE MILLS CONDUCTOR Associate Conductor of the Seattle Symphony and winner of the Solti Foundation U.S. Career Assistance Award in 2014, 2017 and 2019, Lee Mills is internationally recognized as a passionate, multifaceted and energetic conductor. In his previous position as Resident Conductor of the Brazilian Symphony Orchestra, he led performances hailed as having a “sonority of unequalled liveliness and quality” (movimento.com), working alongside such artists as Simone Porter, Conrad Tao, Eliane Coelho and the Smetana Trio.

Through his project Vibe Sinfônica, in partnership with nightlife producer The Week Group in São Paulo, he has brought classical music to thousands of new listeners. In their inaugural performance, Vibe Sinfônica performed Vivaldi at The Week Group's 14th anniversary, playing to a crowd of over 10,000 EDM fans and opening for DJ Offer Nissim.

The League of American Orchestras selected Mills for the 2018 Bruno Walter National Conductors Preview, and in 2017, Mills was selected as a semifinalist in both the Sir Georg Solti International Conducting Competition and the Opera Royal de Wallonie-Liege International Opera Conducting Competition. Mills received the BSO-Peabody Institute Conducting Fellowship in 2011. He was a conducting fellow at the American Academy of Conducting at Aspen during the summers of 2012 and 2013. He received his Graduate Performance Diploma and Artist’s Diploma in Orchestral Conducting at the Peabody Institute and graduated from Whitman College.

SEATTLE SYMPHONY Led by Music Director Thomas Dausgaard, the Seattle Symphony unleashes the power of music, brings people together and lifts the human spirit. Recognized as one of the “most vital American orchestras” (NPR), the Seattle Symphony is internationally acclaimed for its inventive programming, community-minded initiatives and superb recordings on the Seattle Symphony Media label. With a strong commitment to new music and a legacy of over 150 recordings, the orchestra has garnered five Grammy Awards, 26 Grammy nominations, two Emmy Awards and was named Gramophone’s 2018 Orchestra of the Year. The Symphony performs in Benaroya Hall in the heart of downtown Seattle from September through July, reaching over 500,000 people annually through live performances and radio broadcasts.

WHITNEY MONGÉ WITH THE SEATTLE SYMPHONY Friday, October 2, at 8 p.m.

Singer-songwriter Whitney Mongé learned to harness the power of authenticity while honing her skills as a street performer in Seattle’s famous Pike Place Market. Each part of her nuanced performance, from the passion of her powerful, smoky voice to the intensity of her soulful guitar playing, draws listeners into a truthful embrace in every moment of song. Mongé was raised with rhythm and blues in her blood and the Pacific Northwest rock scene surrounding her, but she has since developed her own particular crossover genre, Alternative Soul. With four original albums to her name and a growing presence on the national music scene, Whitney Mongé is certainly one to watch. Tickets: $35. On sale now.

IVAN & ALYOSHA WITH THE SEATTLE SYMPHONY Friday, December 4, at 8 p.m.

Seattle-based indie rock band Ivan & Alyosha, also known as I&A, is led by vocalist Tim Wilson, his songwriting partners Ryan Carbary (guitar) and Pete Wilson (bass), as well as guitarist Tim Kim and drummer Cole Mauro. Known for their sweet, Beatles-esque pop harmonies and jangly guitar licks, this five-piece group has toured with everyone from Aimee Mann, Needtobreathe and Brandi Carlile. Now, with a decade of touring and recording under their belts, Ivan & Alyosha continue to hone their creative voice, unafraid to let their sound evolve while staying true to their folk-pop roots. Tickets: $35. On sale soon.

GRIEVES WITH THE SEATTLE SYMPHONY Friday, January 8, at 8 p.m.

Benjamin Laub — better known as Grieves — first emerged onto the hip hop scene in 2007 with his independent release, Irreversible, which sparked touring opportunities with the likes of Macklemore and Atmosphere. The Seattle-based rapper and producer is known for his raw and emotional performances with a sincere, plainspoken delivery. His writing has been characterized by a strong point of view and great storytelling, tackling commentary on everything from social justice to society’s ills to rapper’s swagger. With his latest release, The Collections of Mr. Nice Guy, Grieves continues to make his creative mark in exciting new ways.

Whitney Mongé with the Seattle Symphony and Lee Mills